When it comes to comic books, it’s no secret that I have the biggest soft spot for a good indie. Which is why, I was honoured to be invited to Forbidden Planet’s first International Small Press Day Event.

Small Press day started off as a series of nationwide events that were designed to highlight the accomplishments of small press publishers. Since its inception back in 2016, the celebratory event has grown all over the UK and Ireland, where hundreds of comic book fans can meet the next generation of local comic book creatives.

Upon my arrival, I spoke to Chris Robertson, who is also an employee of Forbidden Planet, who said that, ‘Aberdeen has a good comic scene going on’. This is certainly true. Aberdeen has produced some great indie comic book creators, and that was certainly reflected in the writers and artists that were present at Forbidden Planet. 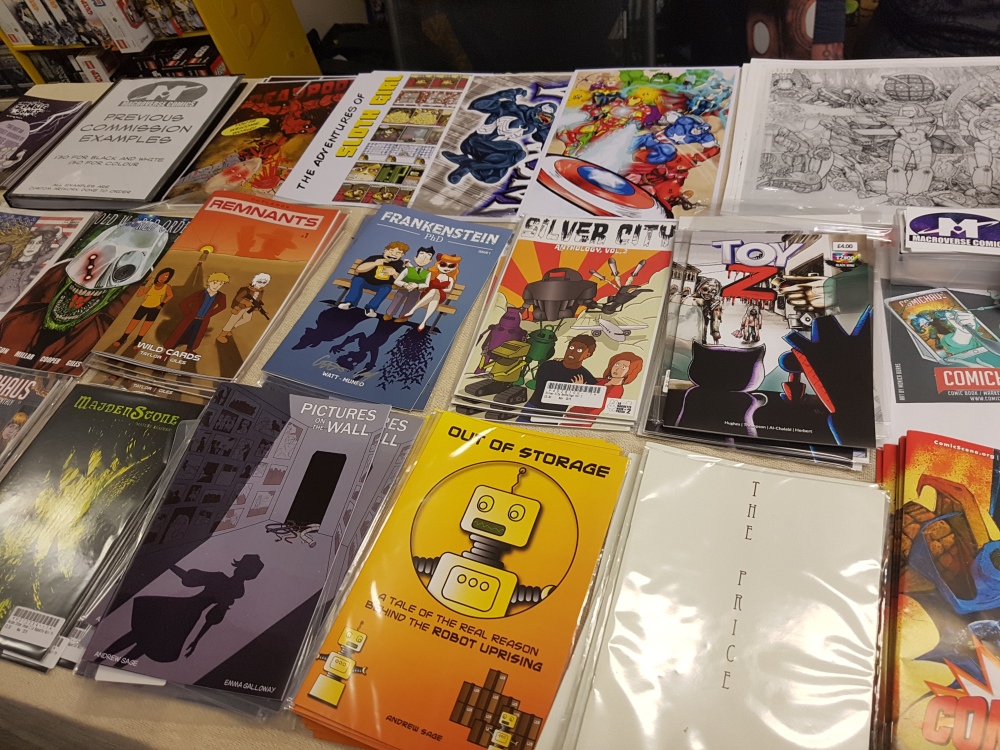 The work that was on display certainly highlighted the diverse work that Aberdeen and Forbidden Planet have to offer their customers. With a range of different genre’s such as, Sci-fi, Mystery and Humour, there was a lot on offer that certainly left you feeling spoiled for choice. Richard Macrae, author of the Dillion and Richmond series, also brought along some of his own custom art work.

One of the greatest things about the comic scene up here in Aberdeen, is the friendly nature of the community. This was evident when I got talking to all the writers and artists about their careers and their work that they had brought with them.
There was also evidence of the tight knit community among the local creatives in Aberdeen, as a few of them had worked together on the Silver City Anthology series, and also chatted about their regular group meetings that they have for those involved in the local comic book scene.

During the day, some customer art work was being sketched, and others were happily discussing all things comic related, and any work that they are currently working on, or have planned.

Overall, Small Press Day at Forbidden Planet was certainly an eye opener into the diverse work that Aberdeen’s local small press scene has to offer. As someone who is a massive fan of indie comics, I am always excited to see more events and support for those who are involved in the small press industry. Chris added, “Thank you to everyone who has been involved, and also to you Ewen for his Doctor Strange Picture he drew me!”